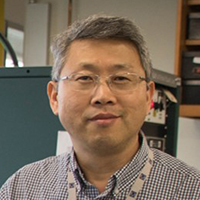 For the first question, an archetypal system is Kondo (or Anderson, in a broader context) lattices, which consist of itinerant and localized electrons. Although the behavior each of the two ingredients is well understood separately, the nature of their combined ground state is not always predictable. The detailed hybridization process resulting in novel ground states has long been investigated. Nonetheless, its microscopic understanding via electron spectroscopic measurements is still largely lacking. Also, it is not well understood why and how quite distinct ground states emerge out of systems that contain seemingly similar ingredients.

Topological phases defy descriptions based on the conventional Landau-Ginzburg paradigm where symmetry breaking plays a central role. Instead, here the topological aspects of band structures are important. Topological insulators are a well-established example, in which protected metallic states exist on surfaces while the bulk is insulating. In contrast to the weakly correlated topological insulators, the counterparts in correlated systems, Samarium Hexaboride being a prototype, have revealed many challenges in understanding their topological nature.

The postdoc’s research will largely aim at addressing the two questions mentioned above using two specialty techniques, namely, planar tunneling and point-contact spectroscopies. This research will not only bring novel insights on the microscopic mechanism underlying the emergence of totally different ground states out of seemingly well-understood ingredients but also elucidate the intriguing interplay between topological aspects and strong correlations in condensed matter systems.